This site (along with the sim) is under construction. 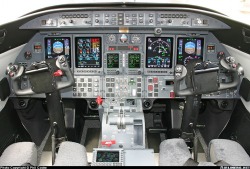 This web site is all about how I built a learjet flight simulator using Microsoft 2004 Flightsimulator software and a lot of MDF. The cockpit on the left is the real deal. The  aim of this project is to make something that at least resembles this and works to the point that you can follow the real operating procedures to a reasonable level. 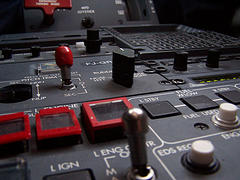 Building a flight simulator is either an expensive task or a hobby of creation. As I do not have the funds to spend considerable amounts of money on the sim, I have opted for the latter. I have decided to build as many of the parts as I can to give me a reasonable appearance of the real aircraft.

Even a cockpit as small as the Learjet 45 an aircraft with a fuselage not much more than 1.5 m takes up considerable space. I have a small workshop 5mx5m to house the sim, but even with that it is difficult to get the sim far from the walls to allow a projected external view.

The most common home built flight simulator is the Boeing 737 with a limited amount of commercial part available but even these are from a cottage industry. The Learjet has the advantage of having a mostly glass cockpit and no complicated overhead panel to reproduce yet still has the feel of a business jet aircraft which can fly at high altitudes and at speed. I have added Reality XP avionics to the base software which provides additional features such as TCAS and GPWS that all add to the experience of operating such an aircraft